Our school is committed to safeguarding and promoting the welfare of children and young people. We expect all staff, visitors and volunteers to share this commitment.

St. Joseph’s Catholic Primary School participates in Operation Encompass. Following the report of an incident or domestic abuse, school will be advised that the child has been involved. Please see the school website for further details.

The Safeguarding and Child Protection Policy can be found here

Get collecting those 20ps!

Our Minnies Vinnies have today sent home with each child a tube of smarties.  The children have asked that throughout Lent, you collect twenty pence coins in your tube.  After the Easter break, the children will collect the tubes in and send the money to our chosen charity; Mary's meals.

Joan and Geoff live opposite the school. For the last thirty years or more the children in KS2 have eagerly anticipated Advent. Not only because they are moved by the religious significance of the season but because that was when Geoff started to put up his Christmas lights! Trying to keep children focussed whilst flashing reindeer, snowmen, santas and, most recently, an entire Nativity scene was enough to distract even the most hard working pupil and drive teachers to distraction! Nevertheless there had always been happy chats between staff, the children and Geoff over the garden fence.

Last July a couple of very nosey Year 4 children happened to overhear  a chance conversation with  Joan  asking to use the school carpark at the weekend for friends and relatives to park on as they would all be coming to the house to celebrate Aunty Irene’s 100th birthday. The children were so taken with the idea that this lady, in their community, was going to be a 100 they wanted to mark this birthday in a special way. They got together a small group to help them make a card and then asked if they could record the whole school singing happy birthday.

When they turmed up they were asked to come back later  as the first time she still had her curlers in and she wanted to look her best for the pictures! They delivered the card and the message to a very happy birthday girl .  Joan told me that in the following months  watching the DVD of the children singing to her was one of her favourite pastimes and she would look out of her window at the children coming and going to school and would wave to them. She would show it to everyone who came to visit and would tell them: “ I can’t believe they did this specially for me”. Sadly shortly after her 100th birthday Irene passed away. Our Minnie group remember her in their prayers.

This is one of the ways our Minnie Vinnes have turned belief into action. 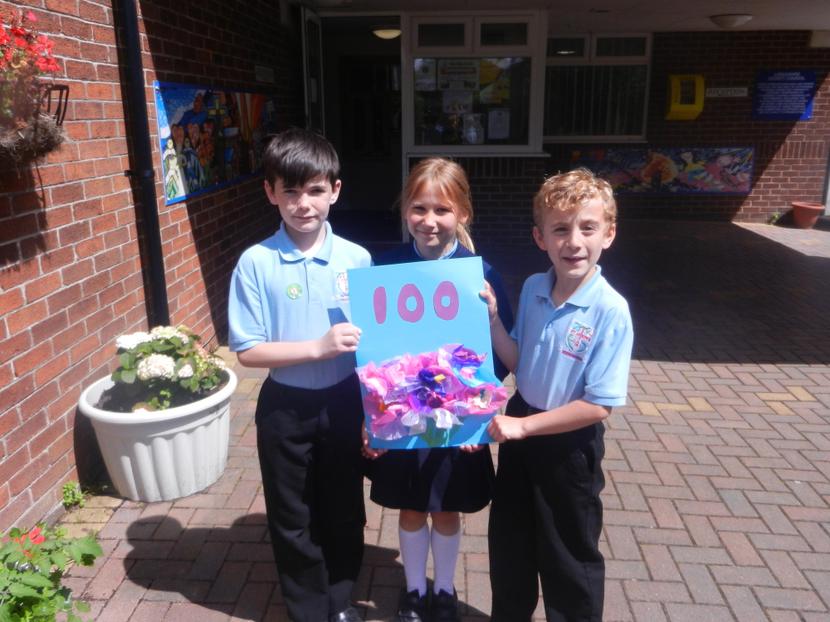 Take a look at the prayer stations which our Minnie Vinnie's, with the help of the year fives, organised.  The children were fantastic and set up each station themselves.  Each class enjoyed a quiet and reflective time, taking the time to reflect on themselves and their actions. 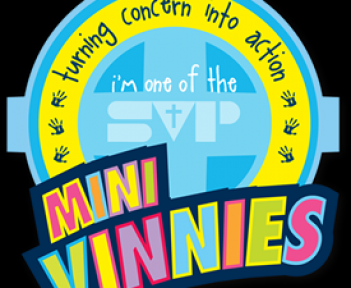